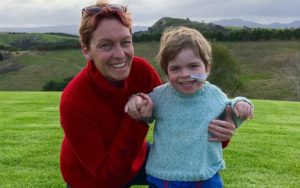 My dear Buddhist friend, Lucy Bennett, has courageously spoken up at Radio New Zealand and talked about her fight for getting a teacher aide for her son David with disabilities. (For more information here)

A lack of teacher aides for children with disabilities has been a big issue, and yet nothing much has been done over decades.

Lucy said to me “We’ve got to speak up. Gandhi said ‘You must be the change you wish to see.’ But it was scary.”

I am still very afraid to speak up, even for small things.

I had a little moment about being afraid to speak up the other day. I feel conflicted right now whether I should write this or not, because it sounds too insignificant compared to Lucy’s fight…

Anyway this is a judgemental thought to myself. I am what I am.

What happened is that I went back to the dentist as the filling I had a week ago already began loosening.

Part of me thought it should be free of charge because this shouldn’t have happened in the first place.

I explained “Floss caused a crack in the filling. It was difficult to floss after the treatment.” I tried to make the dentist feel accountable for it.

This was my best (quite pathetic!) negotiation.

I wanted to directly tell her that I think this should be free of charge, but I couldn’t say it!!

My strategy was too indirect and subtle.

Of course she didn’t get it, and I had to pay.

Self-talk in my head was saying “I would be embarrassed for asking such a thing if she says No.” I am sometimes a too polite Japanese who doesn’t argue and just accept what is given.

Especially negotiating price is definitely not part of me! (People in the Western part of Japan are hard core negotiators though )

An important behavioural code of Japanese is “Do what brings harmony to everyone.”

We tend to adjust ourselves in order to meet others’ needs and expectations.

Through my psychotherapy training, I am well aware that my action is often constrained due to fear of embarrassment.

I want to be more assertive without worrying about the other’s reaction towards myself. The thing is that a worst case senario in my head most likely won’t happen, and yet I find it hard to get over this ingrained fear.

I am getting better for sure, but being unable to speak up even to a dentist makes me think it’s going to be a long way ahead.

Cultivating my ability to speak out means taking risks. 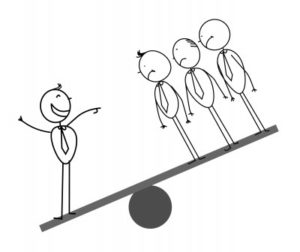 How much do you put yourself first? 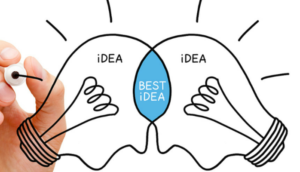 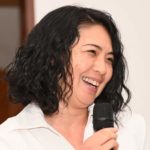 I moved from Japan to Aotearoa, New Zealand by myself in 2002. While I was outspoken and cheerful in Japan, I struggled with my emotional pain of not being able to fit in and my reduced sense of self in NZ. My difference made me feel alienated and incompetent. I despised my difference. The turning point was my psychotherapy training alongside my Buddhist practice. Both practices helped me to accept my difference as my uniqueness. Deep acceptance of who I really was emerged through grief that I had undeniable limitations in this country. At the moment of full acceptance of myself, my deepest grief turned into deepest love of my life and that of others. As I started showing up as I am, more and more people also started breaking out of their shell and living true to themselves. It’s moving to see a joyful ripple effect around me. It is my passion to promote a way of living that brings our unique flower into full blossom and spread joy of life together.
Categories
Recent Posts